I hope no one minds, but I have taken over Dani’s blogspot for one post to share Asper Kourt’s trip to San Francisco last week. It’s my first blog attempt so you all can just keep your constructive criticisms to yourself . . . 🙂

So, as a band, this has been on our radar for about the last year! I think I remember the first time our lead guitarist, Nate Boitano, said that his uncle (Brian Boitano) might like to have us on his new cooking show (on the FOOD NETWORK!) sometime. We were all  really hoping that it would work out  but, being  fairly used to big things like this never coming to fruition we tried not to get our hopes up.  Much to our surprise and excitement, during a show in Angel Fire about a month ago, Nate received an email from Uncle B asking if we were available to shoot an episode of his show in early March! Ummm, SHYEAHH!!!! Nate worked out all the details and we flew out to San Fran to film the last episode of the 2nd season of The Food Network’s “What Would Brian Boitano Make?” I’m sure this goes without saying but we had such a blast. We were picked up in a limo from the airport and the first class service never stopped the whole trip. Aside from getting to film the episode for the show, we all got our own hotel rooms, we got to go see a great band, Barcelona, perform at Slim’s, and we all got to shoot the breeze with the 1988 Olympic Men’s Figure Skating Gold Medal Winner. We all agreed that the Friday we spent in San Fran shooting the episode was the best day, as a band, we had ever had! Here are some pics for all the things we got to do: 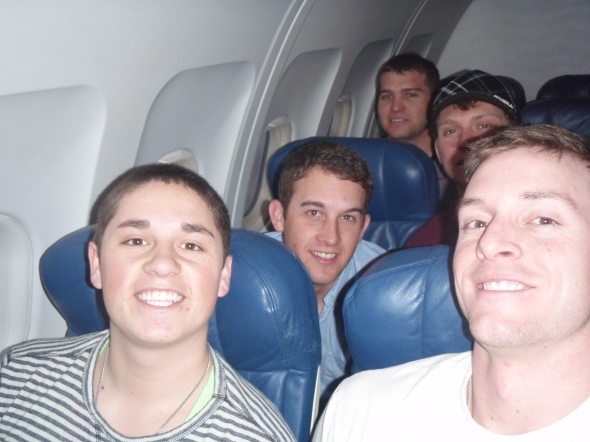 Flying out to San Fran! 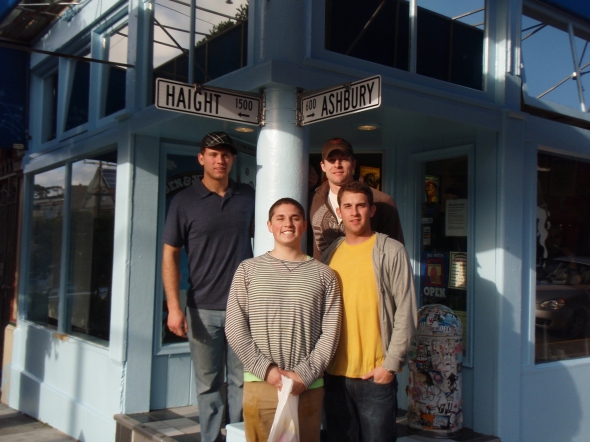 Ben and Jerry's at Haight and Ashbury

"What Would Brain Boitano Make?" 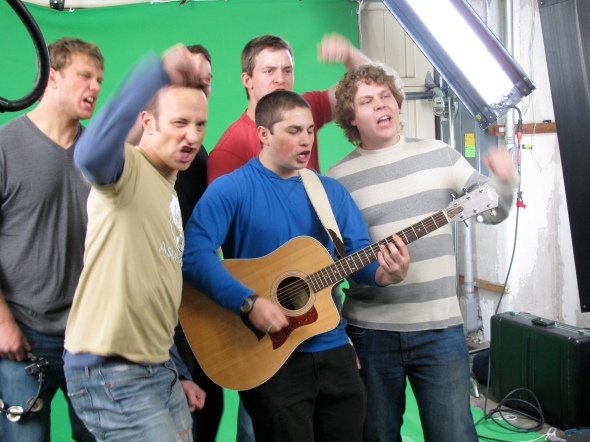 Instead of Abbey Road, this is Polk St.

"See, I am doing a new thing! Now it springs up; do you not perceive it? I am making a way in the desert and streams in the wasteland." Isaiah 43:19

i’m dani and i love…

my blog is about our family…

me, kurt…and the ‘gifts’ that fill our days.